" Trust me Mr. Kray. I'm your man. A decent brawler is never out of work in London." 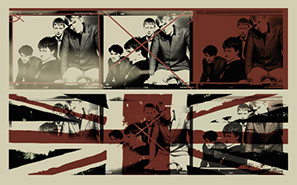 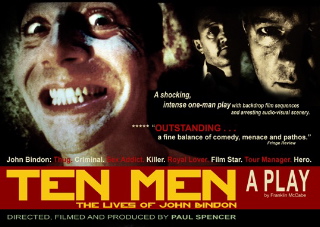 Ten Men - The Lives of John Bindon, an arresting, one man performance full of comedy, menace & pathos. The spoken word play will be cut with a backdrop of original film footage created, produced and directed by acclaimed visual artists, Paul Spencer.

The play is accompanied by a fine art exhibition of Paul's iconic images. Rare and unseen photographs of Morrissey outside The Grave Maurice, Blur's first ever Britpop shoot (featured in the acclaimed feature-length documentary Nowhere Left to Run) Shane MacGowan in Filthy McNasty's and a host of other art photos celebrating the rich British sub-culture from strippers, gangsters, celebrities, comic heroes and the eccentric man on the street.

In the year of the Diamond Jubilee and London Olympics Paul Spencer showcases his archive of gritty reportage and celebrity portraiture alongside screenings of his arthouse films and debut theatre direction of the play,